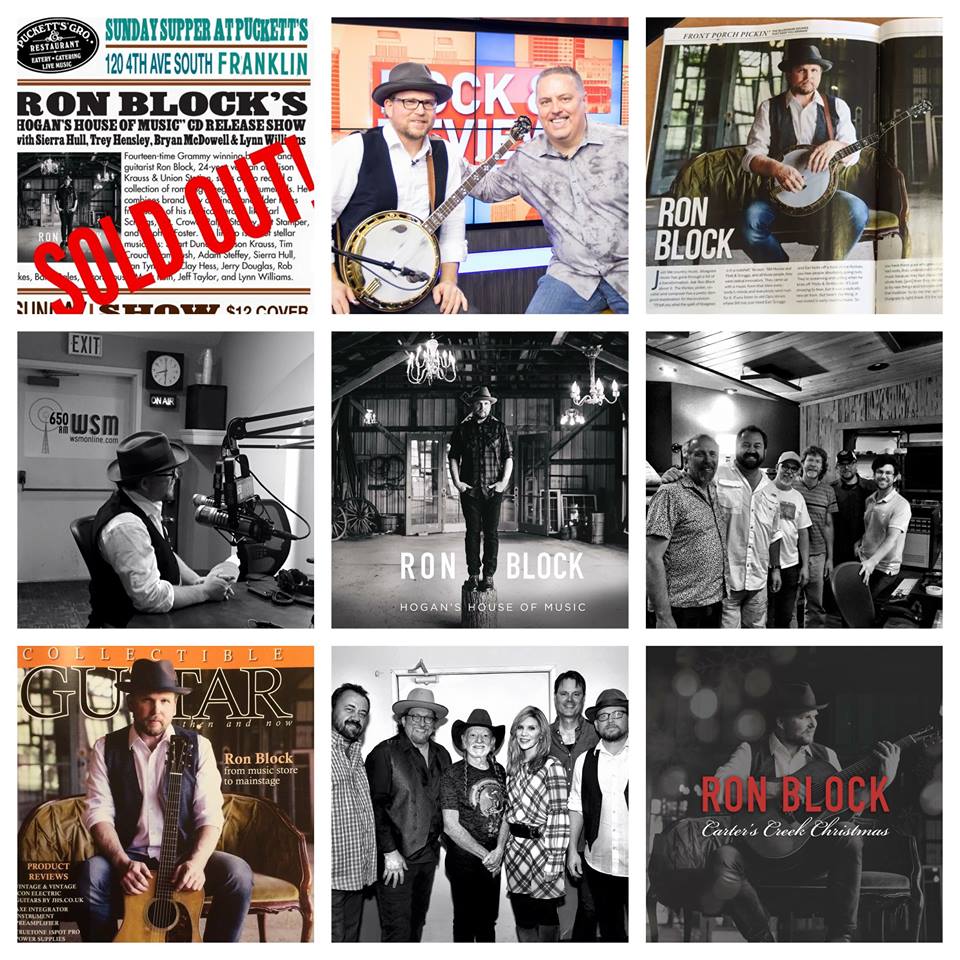 I'm a little late on my New Year's wishes but I just returned from a holiday trip with little-to-no wifi.
2015 was an eventful year for me, and many thanks go to all of you who support the music of Alison Krauss & Union Station and my own music, and particularly this year my bluegrass instrumental record Hogan's House of Music and my end-of-year record, Carter's Creek Christmas.

I wish everyone a very blessed and happy 2016!

Hired a manager for the first time in my career.

Performed cd release shows around Nashville for both releases.

Played tunes from Hogan's with Sierra Hull on Nashville’s Lightning 100.

Played music from Hogan's for the folks at Country Weekly and Music Row Magazine with Clay Hess and Sierra Hull.

Did two benefit concerts with Alison Krauss, one with Dan Tyminski.

Played with the John Jorgenson Bluegrass Band at Guitar Town in Colorado.

Interview in the Tennessean and the Nashville Scene.

An appearance on Fox 17 in Nashville.

An Alison Krauss & Union Station show at IBMA in Raleigh.

An appearance at the Huber Banjos booth at IBMA to sign cds.

An appearance to play some tunes with Clay Hess and talk with the Grammy folks at the Nashville NARAS office.

Played three separate shows at the Franklin Theater in three months - one with Buddy Greene, Gordon Mote, and Lee Greenwood, one with Andrew Greer and Cindy Morgan, and one with Jars of Clay and Rob Ickes.

All in all, a good year.